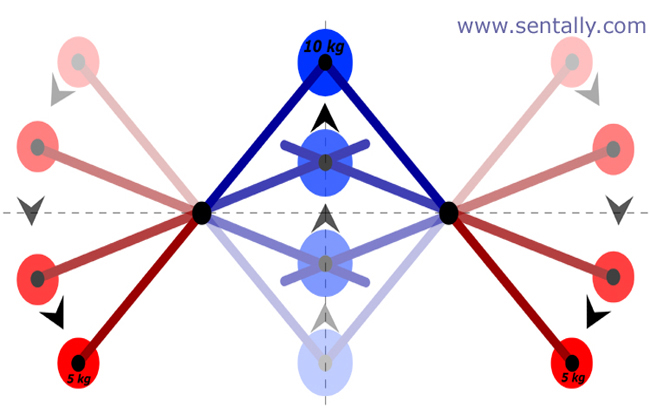 Certainly, you’ve heard and read a lot about the topic. Mass media is flooded with all kind of experts announcing their recycled discoveries. As a reasonable person you probably getting suspicious, is it a real thing or another sham-wow?

I will leave you to make your own opinion. Basic description of the machine is published below. You won’t find there anything like “it’s complicated”, “you won’t understand” or “it’s classified”. At first explanation looks confusing but it’s pretty straightforward and hopefully will satisfy your curiosity.

What is the difference between this invention and existing power suppliers?

Au contraire, Gravity Powered Generator does not produce any harmful emission; it can be installed in your basement, no need for ugly transmission lines. It works on Earth will work on Mars; gravitational field on the moon probably is not strong enough.

Can you buy this generator for your home?

Since Canadian government refused to patent this invention further development stopped – it will take some more nuclear disasters like Chornobyl or Fukushima before it will heat your home.

Can it be used on road vehicles?

Yes, after a slight modification the invention will replace internal combustion engines. It will not cause CO2 (carbon dioxide aka greenhouse gas) emission or any environmental hazards. Unlike electric vehicles it will not require long recharging or immense battery.

Can you see a prototype?

Yes you are welcome to examine it on your own; it is located in Montréal. Use this email info@sentally.com to make an appointment. Due to lack of resources the prototype does not look impressive, nevertheless it proves – the concept works.

Will this invention meet the fate of many great ideas of the past? First smeared and ridiculed, centuries later rediscovered and appreciated …  Inventor has done his job but nobody was listening.

These pictures will help you to envision the work cycle of the prototype. For theoretical physics explanation of this invention please visit Disproving Conservation of Energy 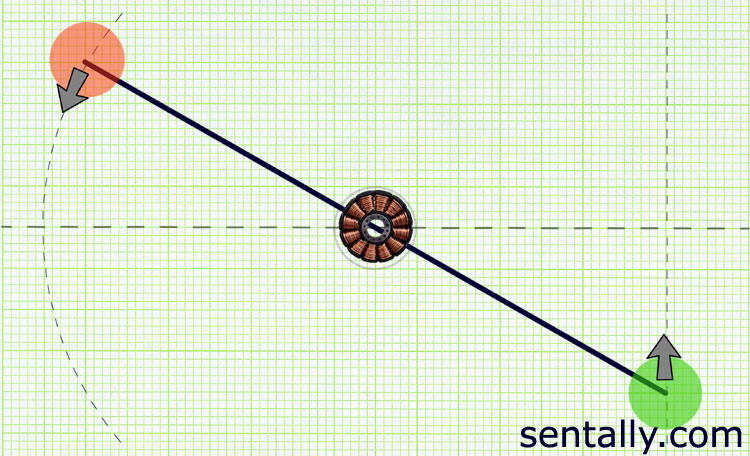 Black line represents a lever it connected to a generator, green and red circles depicting two balances of equal mass, red is firmly attached to the end of the lever and moves on circle, however green balance moves on the strait line. At this position both balances are at the ends of the lever and can freely rotate about horizontal axis. 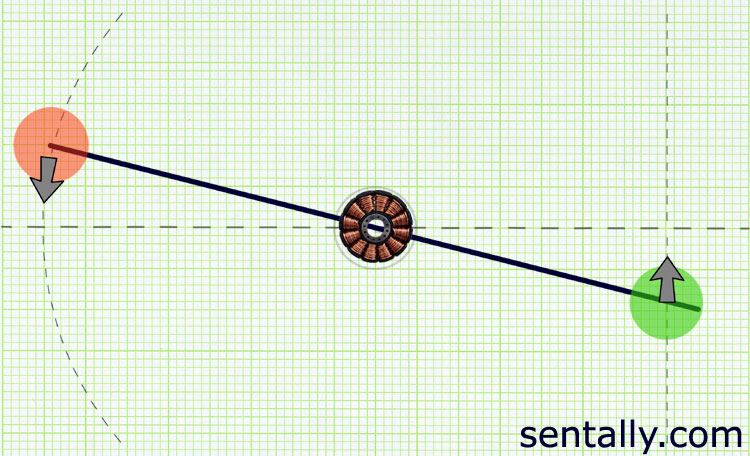 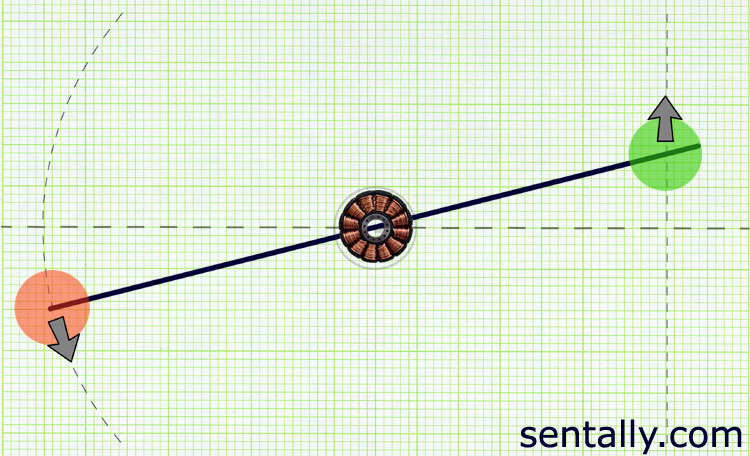 The last picture balances reached there extreme positions and regained equilibrium. As I mentioned before they can flip about horizontal axis repeating early described over and over. 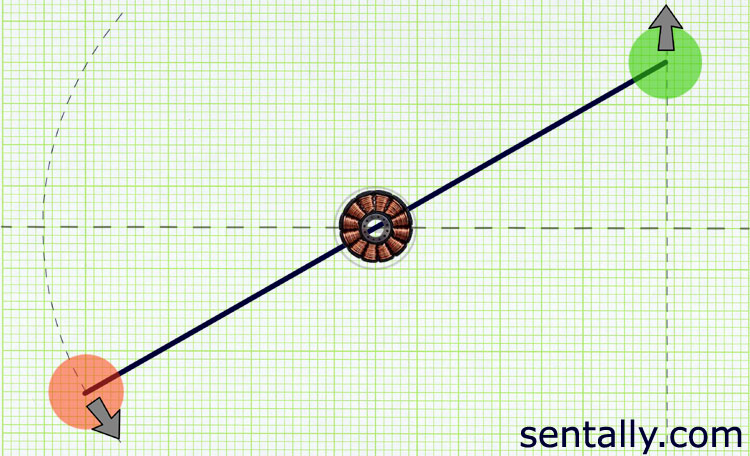